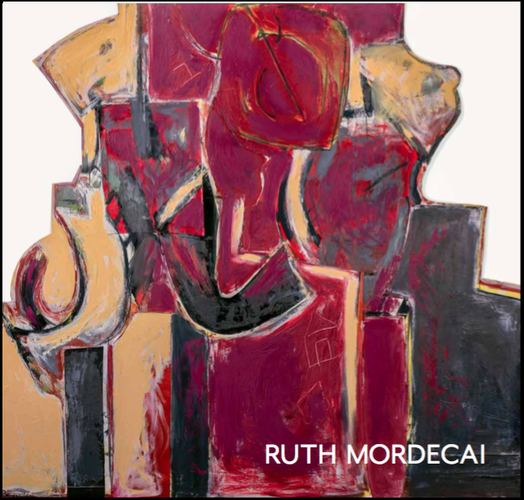 Since the 1970's I have been inspired both by the human form and the world of nature. I have been drawn to the way the human body works and the way the forms stack and intertwine. Over time the work became freer as it was continually abstracted in a series of works both in sculpture and drawing, Through the 90's I was primarily a sculptor in clay and then in steel, expressing the complex forms of the body in the most minimal ways possible and with expressive and powerful gestural forms and lines.

In 1998 I moved to Gloucester, MA. to a home and studio overlooking Smith Cove and my work was refreshed by painting outside.  I would go out in the very early morning to paint the sunrise and was energized by the fresh air, the light, the sea and salt marshes and new colors and divisions of space. Added to this over the last 20 years has been an interest in dreams, stories and symbols. These include works titled The Missing Letter (a symbolic reference to the possible arrival of the Messiah, who brings peace and love), An Ancient Sun (from a 10th Century BCE cult stand at the Israel Museum), a ladder (from Jacob's dream in the Torah), a godess, and a tree of life.

The most recent work from 2018 and 2020 Matthew Swift Gallery* exhibitons describe my interest in Hebrew stories. The paintings and drawings continue to have a sculptural reference. Over the years they have featured black and white paint or collage to define sculptural forms and to define the pictorial space. The most recent work as well as the 2016 Homage to Matisse series shows this clear sculptural reference. Often, a dash or two of color brightens otherwise monochromatic color. A series may investigate abstractions from dance, landscape or visual symbols. The titles:   Dance Series, Container, Stacks, Between Painting and Sculpture, Jacob’s Ladder/Jacob’s Dream (from Genesis) are examples of the use of this visual vocabulary.  All works are on gessoed 100% rag paper with acrylic, oil paint and collage.

Sculpture (1980-1996): A video, and Conversation with the Artist, a talk at Trident Gallery*, Gloucester, and Conversation with Kristine Fisher on Cape Ann ARTwaves (2020) can be accessed under Links to Videos on the index.  For 25 years, before the move to Gloucester, my studio was in Boston's Fort Point District. I attended Bennington College and have a BFA and MFA from Boston University School for the Arts and taught at the Boston University School for the Arts, the DeCordova Museum School and the Harvard University Ceramics Studio. My work has been shown primarily in DC, NYC and Boston, MA (see Resume for complete listing).  I have been represented by Trident Gallery* since 2014. My artwork is in major public and private collections including:  Boston Museum of Fine Arts, Israel Museum in Jerusalem, Cape Ann Museum, Rose Art Museum, and Wiggin Prints and Drawings Collection of the Boston Public Library  (owns 35 works 1975 - 2013). My work is included in Fixing the World, Jewish American Painters of the Twentieth Century, and Tradition and Transformation, Three Millennia of Jewish Art and Architecture, both by Dr. Ori Soltes, Brandeis University Press, 2002

The book Ruth Mordecai may be purchased in Gloucester, MA from the artist, Matthew Swift Gallery or The Book Store. It was designed with the help of Meredith Anderson, designer for the Cape Ann Museum and with essays by Judith Tolnick Champa and Ori Z. Soltes.